Much of the conversation about white supremacy today focuses on the radicalization process. But what deradicalization looks like, and how to leave a violent movement safely, is another story.

J igsaw has conducted interviews with 35 former violent white supremacists to better understand the life-cycle of hate, and why people leave these movements. Many of these formers have never spoken publicly about their experience in the movement, or why they decided to leave. Until now.

In refocusing the conversation about violent white supremacy from radicalization to defection, we hope to illuminate paths out of extremism for others.

Everyone has their reasons

Pictures shared by a woman halfway around the world in New Zealand planted critical seeds of doubt in white supremacy for another. 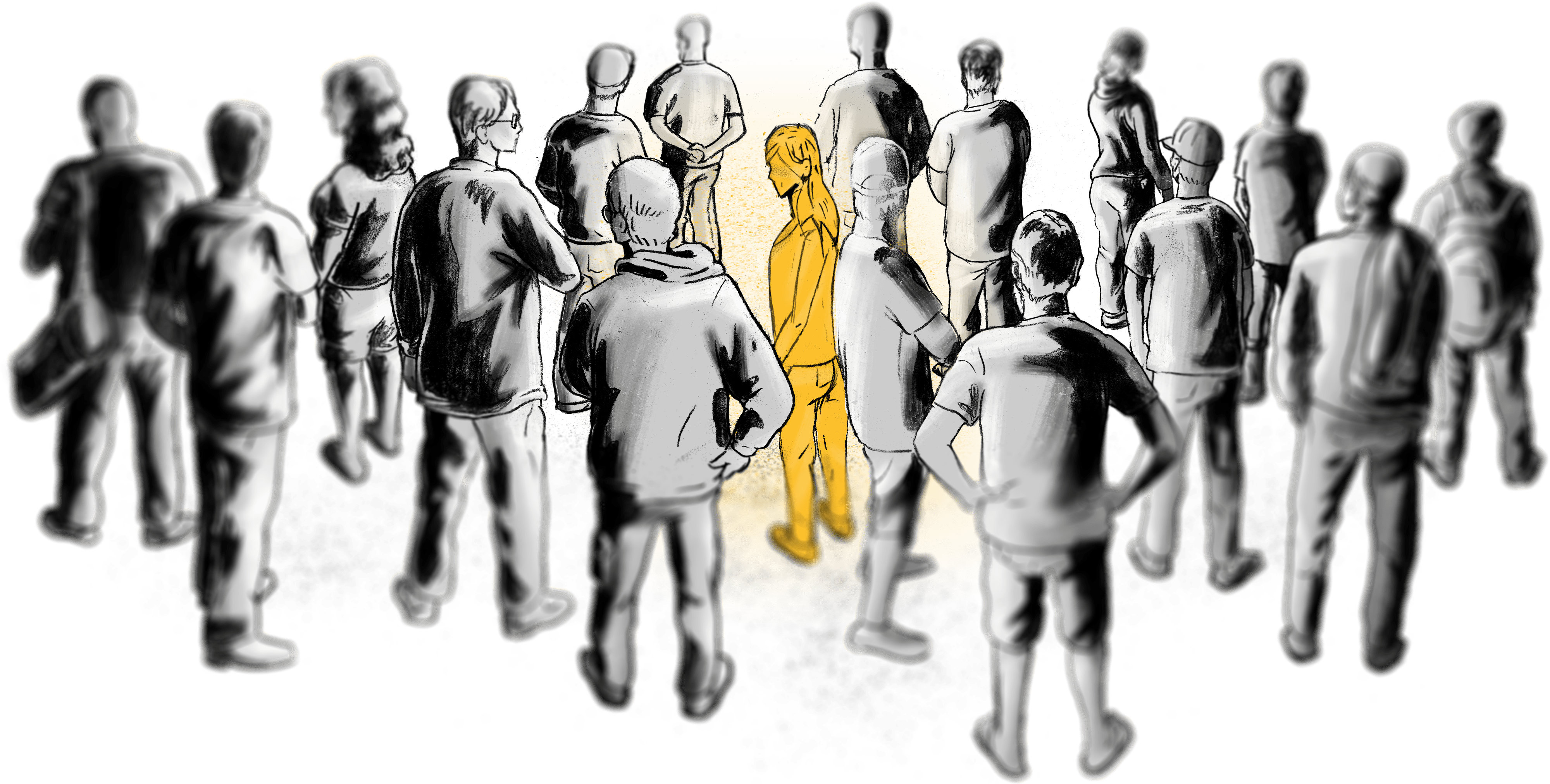 It was the spring of 2019. Claire had been using Discord servers to celebrate the Christchurch terror attack that killed 51 people in mosques.

Claire hosted and distributed the manifesto and video of the attacker, referred to in such circles as “St Tarrant,” long after the files were removed from mainstream platforms. Within weeks of the attack, Claire received a message on Discord from a woman in New Zealand, a photographer who had close friends from the mosque in the Christchurch terror attack and was upset by Claire’s glorification of the attack.

The photographer sent pictures to Claire that she had taken of the site of the attack, of flowers at the memorial, of groups of mourners. She sent Claire new pictures daily, capturing scenes of Muslims in everyday life, sipping lattes in a coffee shop, out walking with friends. Claire admits that they were the first thing that made her question what she was doing promoting white supremacist violence.

“She changed my perspective, she humanized it.”

Claire’s violent beliefs had been forged in online forums and the conservative town she lived in, where there was open Islamophobia and anger about Islamist attacks on the West. Previous countermessages had only served to solidify her beliefs, but the images from Christchurch challenged Claire’s perception of the attack; she was surprised that the mourners did not respond militantly to this “act of war”, but were instead grieving the senseless loss of life.

Daily photos turned into occasional phone calls, and a friendship slowly blossomed between the two women.

This friendship was a large part of why Claire left white supremacy. They remain close friends to this day.

Everyone has their reasons

W e offer these four reasons with the acknowledgement that memories can be unreliable. These four points are based on the recollections of more than 30 former white supremacists.

Given that leaving an extremist movement can be so daunting, formers shared that it often took a major life-changing event to catalyze their departure. Whether it was the death of a loved one, a brush with death themselves, the birth of a child or a move to another city, significant individual moments often acted as a necessary break from routines and social circles that enabled formers to quit the movement for good. 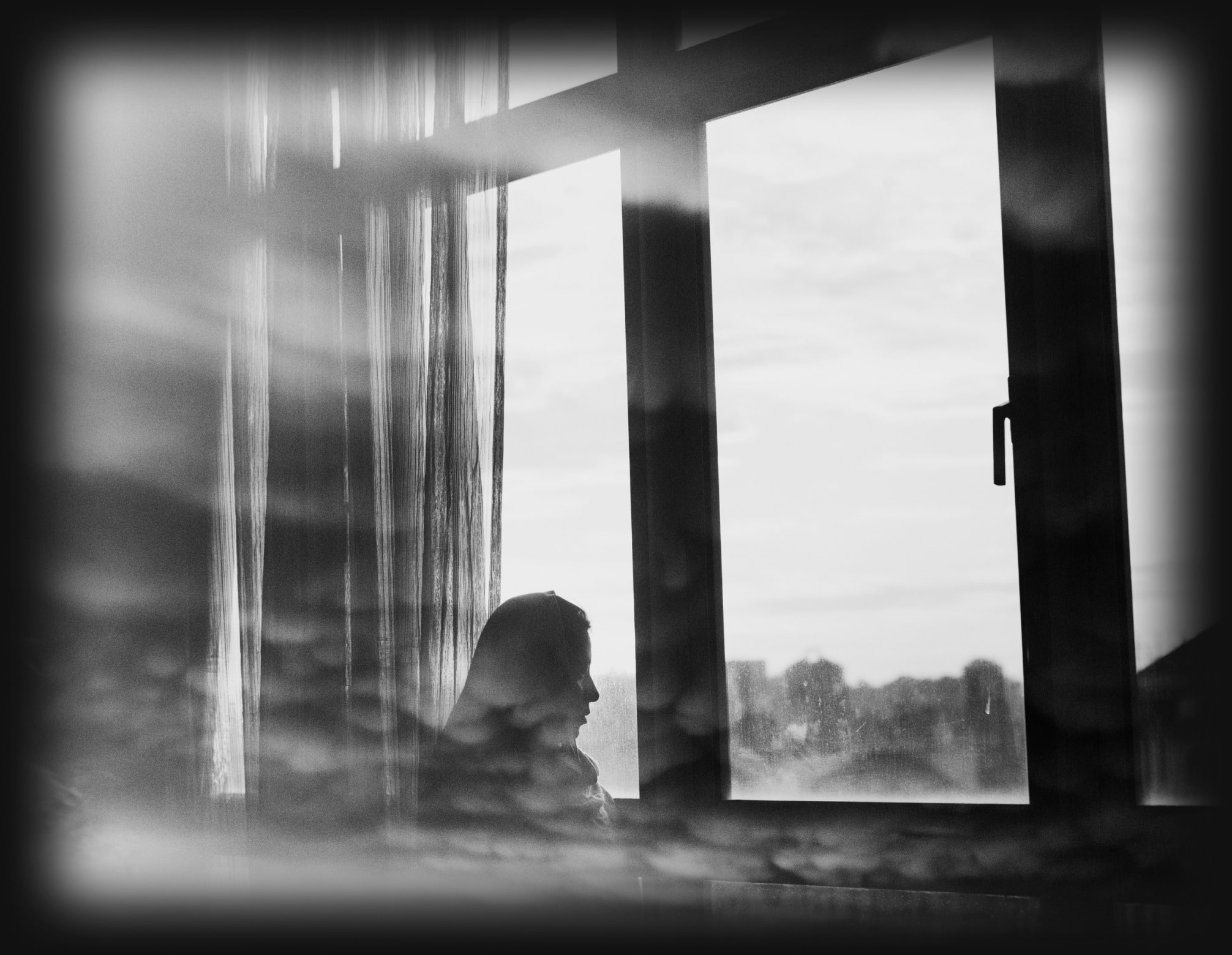 After a rough street fight with a rival white supremacist group, Brad ended up in the hospital with life-threatening wounds. When he arrived at the hospital emergency room, he saw that the doctor saving his life was a member of a minority that Brad had, until that point, truly hated. That life-saving act was something that Brad couldn’t ignore, and he started the mental journey of leaving the movement.

Hate fundamentally feeds on a lack of understanding of perceived “others.” Many formers explain that their hate was, at least in part, due to a lack of experience or exposure to the minorities they demonized. In fact, this lack of interaction was integral to believing the discriminatory stereotypes that they circulated in white supremacist circles. Often, simple exchanges—conversations or interactions—where formers were treated with kindness by someone they had vilified could undermine the image they had and help foment disillusionment with the movement. 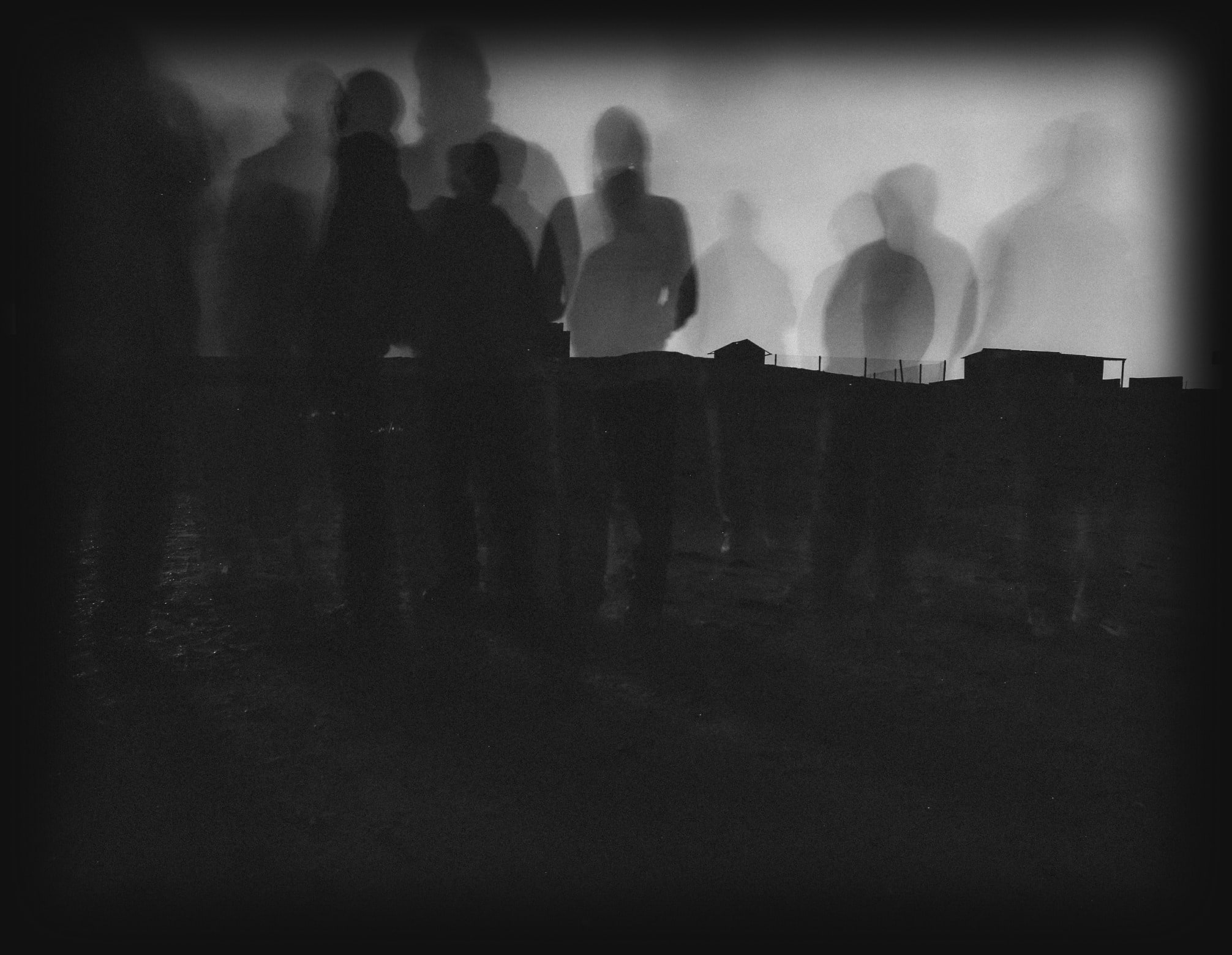 “Seeds of doubt can put chinks in an individual's armor. Bigotry is fairly easy to dismantle on the individual level through exposure and compassionate interactions with the other.”

Violence - A bridge too far

There’s a significant gap between talking about violence and actually witnessing or enacting it. A number of former white supremacists described their revulsion after seeing or experiencing violence in the movement. This theme of things, “going too far” was consistent in conversations with formers from several distinct ideologies. 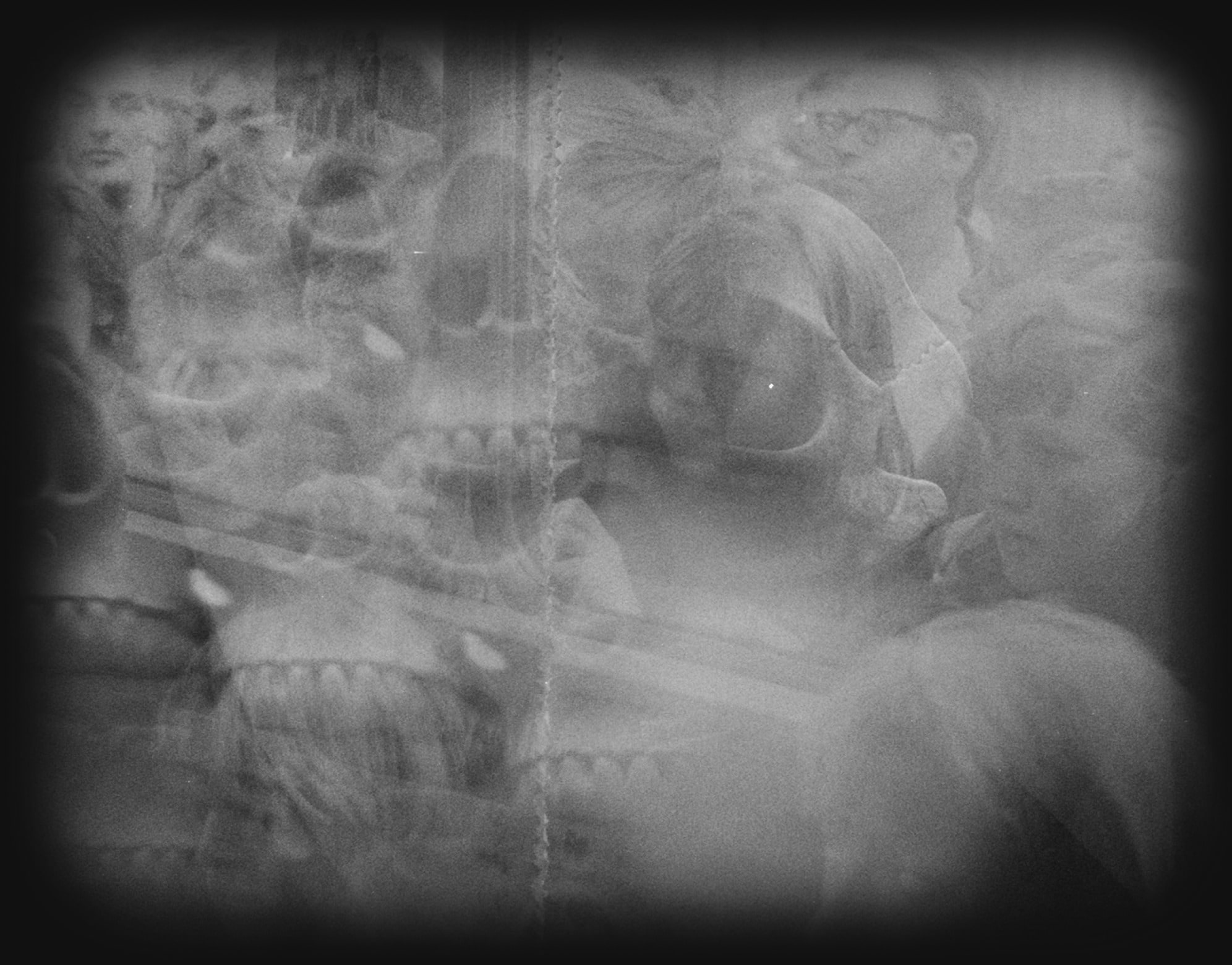 “If your whole schtick is that non-whites are dangerous, but we’re out there murdering people, we’re no better.”

Breakdowns in interpersonal relationships fragment and divide groups, and in the case of hate groups, they can sow mistrust in the movement or ideology. Many formers described disillusionment with white supremacy after witnessing their leaders’ hypocrisy in dating someone of a different race, incessant infighting and power struggles, and vindictive action taken against their own group members1. Researchers have identified how “the issue of personal trust is shown to be central to the decision-making process [to remain in an extremist group], especially in relation to the rank and file” who need to trust the group leaders2. 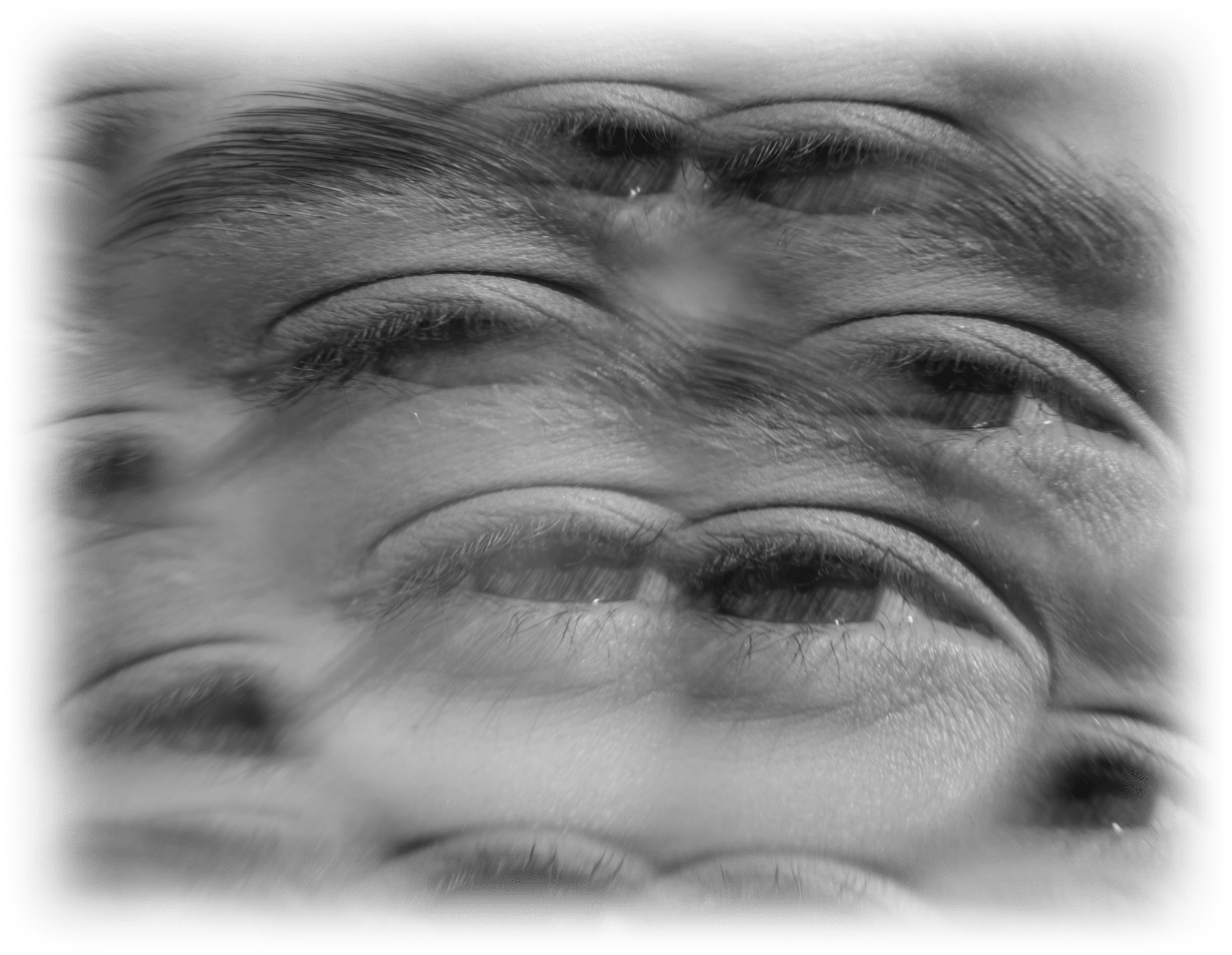 “Whenever we got in a fight about mundane things, he [a fellow member of a white supremacist group] would threaten to dox me, to hurt my family.”

How do you leave?

C hanging hateful attitudes, language and norms often takes years. Many formers expressed a fear of being verbally (or physically) attacked from both the right and the left for publicly disengaging. They fear being doxed or attacked as a traitor by supremacist communities, but they presume they will also be attacked by the rest of society for once having been hateful. Because of these fears, people stay in supremacist movements longer than they want to be a part of them, sometimes for many years.

“You don’t leave a fascist movement and become ‘woke’ overnight”

To navigate these fears, former white supremacists need role models and a transitional community where they can unlearn hateful beliefs and learn healthy social norms without being judged. They also need meaningful social connection and a community to fill the hole of social belonging and identity from leaving a supremacist community. There is a risk of formers slipping back into the movement if they are not able to establish healthy, new relationships.

It all starts with a search

There’s no roadmap to leave an extremist group or movement, but getting out often starts with information gathering online. Formers described looking online for an example of what getting out and starting a new life looked like, either via a role model or stories of how to transition into a new, de-radicalized life. Here is what it has looked like for many former white supremacists: 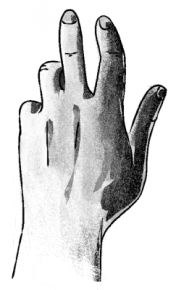 Join a supportive community of formers or others that facilitates hard conversations and encourages shifts towards inclusive language, behavior and norms

There is a need for more of these transitional spaces for former violent supremacists. Transitional spaces can take the form of a physical group of formers in a transitional safe house, regular gatherings, or most often, an online discussion group. Group messaging chats with formers and peer mentors have been tried with some success, but can become targets for extremists to attack. Formers expressed that it is worth the risk, however, to set up these transitional spaces as long as they take security precautions to protect the groups from infiltration.

“The path for getting out of the movement now is clear as mud. Getting out is a hell of a time”

Experts recommended keeping these groups small in numbers and having a group moderator to vet entrants and intervene in case of conflicts. It’s also advised to create a hierarchy of access in the group so that formers who have most recently left are interacting with only a handful of the most re-integrated, established formers before graduating to the larger community forum. These spaces can also provide libraries of vital resources on how to transition into “civilian life”, such as how to interview for a job or how to be anti-racist.

“People don’t leave the hate movement because a veil lifts and they are suddenly able to see hate for what it is. The truth is more disappointing. They leave because it makes sense to them and for them, because the value hate once gave them has diminished or evaporated.”

Where do we go from here?